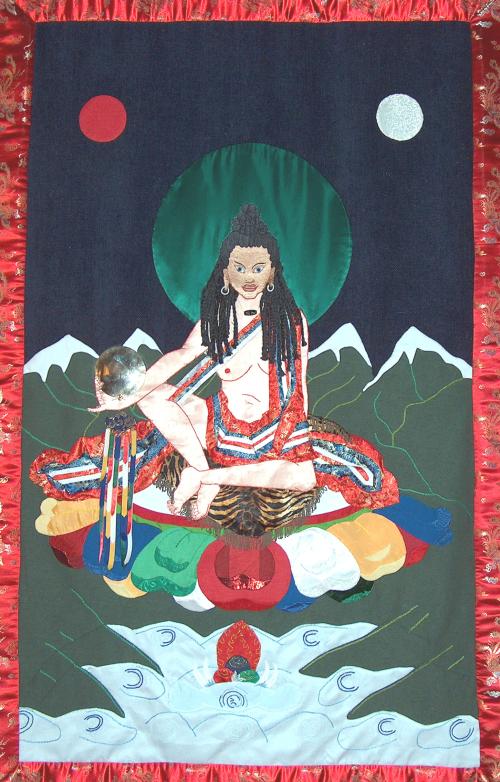 The major project for the craft retreat week in June 2004 with Ngala Nor’dzin and Ngala ’ö-Dzin was the creation of a Khyungchen Aro Lingma appliqué. The secondary aim was to redecorate the shrine room at their home, Aro Khalding Tsang. It was also intended to end the nine day retreat with the ascent of the mountain, ‘Cadair Idris’.

Ngala Nor’dzin comments:
Craftwork is regarded as an important aspect of practice in the Aro Lineage. Apprentices of varying capabilities and experience come together for a short period of time to create a magnificent piece of work – such as the Aro Lingma appliqué – that will be a source of pleasure and inspiration for many generations of practitioners. Working together in this way is an expression of the path in the manner in which we help and support each other and live together for this period of time. All aspects of every day of the craft retreat have the one taste of practice and offer the potential for transmission.