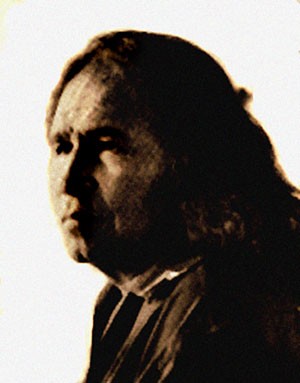 Sun Bear was born in 1929 on the White Earth Reservation in Minnesota. He was founder and Medicine Chief of the Bear Tribe Medicine Society. As a young boy he began having visions which portended his development as a medicine man and teacher. He studied with his uncles – who were medicine men – and continued throughout his life to learn from his dreams and visions as well as from Native teachers.

Ngak’chang Rinpoche says of him:
Sun Bear had a great heart. He was a truly good man whose sincerity was quiet and unassuming. He also had a sense of humour. I was always full of admiration for the way in which he brought so many different people together, and the way he facilitated opportunities for people. When he invited me to come to teach in America, it was an unusual direction for me to take – but I have always held the Native American people in high regard and welcomed the opportunity. It was through teachings at Sun Bear’s ‘Medicine Wheel Gatherings’ that I came to be known in the USA, and so whatever good has occurred though my coming to the USA I owe to him. I was greatly saddened by his untimely death and hope that the Bear Tribe continues today to carry on this great man’s work in the world. Sun Bear always had time for people and their troubles – but he believed in helping people to help themselves. I heard him say in several public talks that if people wanted sympathy they could find it between ‘shit’ and ‘syphilis’ in the dictionary but that was not what he provided. Khandro Déchen and I also tend to take that line in terms of giving great support where people are genuinely willing to work. If people are willing to engage with the teachings – then anything is possible. I had several conversations with Sun Bear on this topic – and we found we had a great deal in common in terms of working with people.