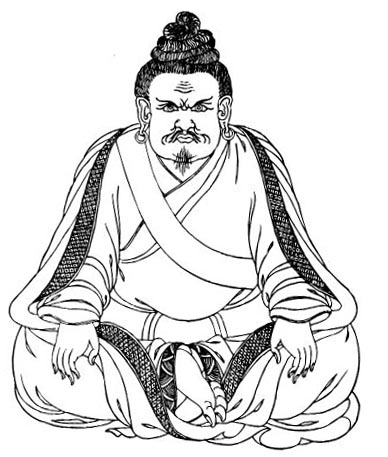 A ngakphang Lama of the Kagyu lineage

Marpa was a farmer. There are many down-home visceral pictures of Marpa, in which he is portrayed almost in the guise of a red-neck. He has a sense of dignity which one might associate with the independence and self-sufficiency of subsistence farming in Tibet. His wife was called Dagmèdma which could almost mean ‘No nonsense!’. Dagmèdma brewed barley beer – they were working people who took delight in simple refreshment after a hard day in the fields. They planted barley and harvested it. They had children. They lived real down-to-earth lives. But they were also ngak’phang Lamas. They set Milarépa on his road to a rainbow body, and founded a lineage of realization in which there have always been a core of non-monastic practitioners.